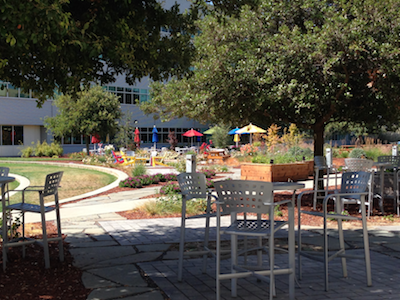 There are few companies that should be better positioned to own the cloud than Google. Google was building planet-scaling cloud infrastructure while most of the rest of us were still excited about our type 1 hypervisors. But over the last several years, Google has executed its cloud business as though it was a futuristic moonshot project instead of a highly competitive emerging market. The result has been nothing short of surprising, as Google has taken a distant backseat to Amazon and Microsoft in both technology and market share.

Now that Google has decided to change course with the hiring of Diane Greene, here are the top 5 things they need to do to get back in the cloud game in 2016.

1 - Create a Sense of Urgency

Whenever you hear Google executives talk about the cloud, there is one consistent message that comes through: this is still a very early market. While I can intellectually agree with the statement, I think the consistency of this message reveals an underlying organizational problem: Google cloud leadership lacks a proper dose of urgency.

Analysts estimate that Google will do about $500M in cloud revenue this year, compared to the $8B+ expected from Amazon. The overall Google business has been growing at 20% Compound Annual Growth Rate (CAGR), compared to over 80% for AWS. While Amazon is starting to make real progress in the enterprise with both IaaS and PaaS services, the bulk of Google cloud revenue comes from a few high growth tech companies using AppEngine. Amazon is a cloud juggernaut that has not quite achieved escape velocity, but it is getting close. Google needs a healthy dose of reality: this “early market” is about to pass you by.

I know there is nothing sexy about IaaS, and that it is not the long term future of the cloud. But IaaS is the gateway drug for enterprise public cloud adoption right now, and drives the bulk of cloud revenue. While your IaaS offering is solid, it is not enterprise ready. The enterprise expects rich security and network services to support their cloud strategies (e.g. federated identity, sophisticated resource / service-level permissions, a token service, support for building complex virtual private networks with layered security, a rich identity service). The de-facto functional specification has already been written here by Amazon, you just need to follow it.

3 - Position Your IaaS To Extend EC2 in Enterprise

If you’ve been talking to the enterprise over the last year, you likely are aware of two facts: 1) most enterprises are now considering the public cloud as a core component of their strategies, and 2) most are already using or considering using Amazon.

While you may have the technical chops to compete head to head with Amazon IaaS in the long term, going head to head at this stage is not going to end well for you. In addition to having a superior IaaS product, Amazon has been tuning its organization to market, sell, operate and support enterprises for several years now. Instead of trying to beat Amazon head to head in the enterprise, use a little jujutsu and take advantage of the fact the enterprise is increasingly worried about vendor lock in. Position yourself to being the enterprise’s second cloud, with features, documentation and case studies that make it easy to use GCP side by side with AWS EC2.

4 - Focus a Few Winning PaaS Service For the Heterogeneous Cloud

You already know that PaaS will be the future of the cloud. But right now even your best PaaS services (e.g. Bigtable, BigQuery) are losing marketshare to their equivalent on Amazon due to the lack of adoption of your cloud. Pick a few PaaS services that you can win head to head against Amazon, and reposition them to be able to be used from AWS or Azure. Add features to reduce the barrier to adoption (e.g. data migration, API translation), and optimize these services to perform when used outside of your cloud (e.g. proximity of data centers to other providers, DirectConnect integration). Teach the enterprise that adopting Google is not an all or nothing decision. Let them adopt your PaaS services one at a time based on their superior functionality and service.

The feature and market gaps between you and Amazon are substantial and not going away any time soon. Even if you successfully execute all of the above, you are going to need to give your customers more incentive to go Google in the short term. You need to buy some time. There is likely no easier way for you to do this that undercut on price. It’s time to unleash Moore’s Law on cloud pricing.